About Blog Work With Me My Library Disclaimer Login 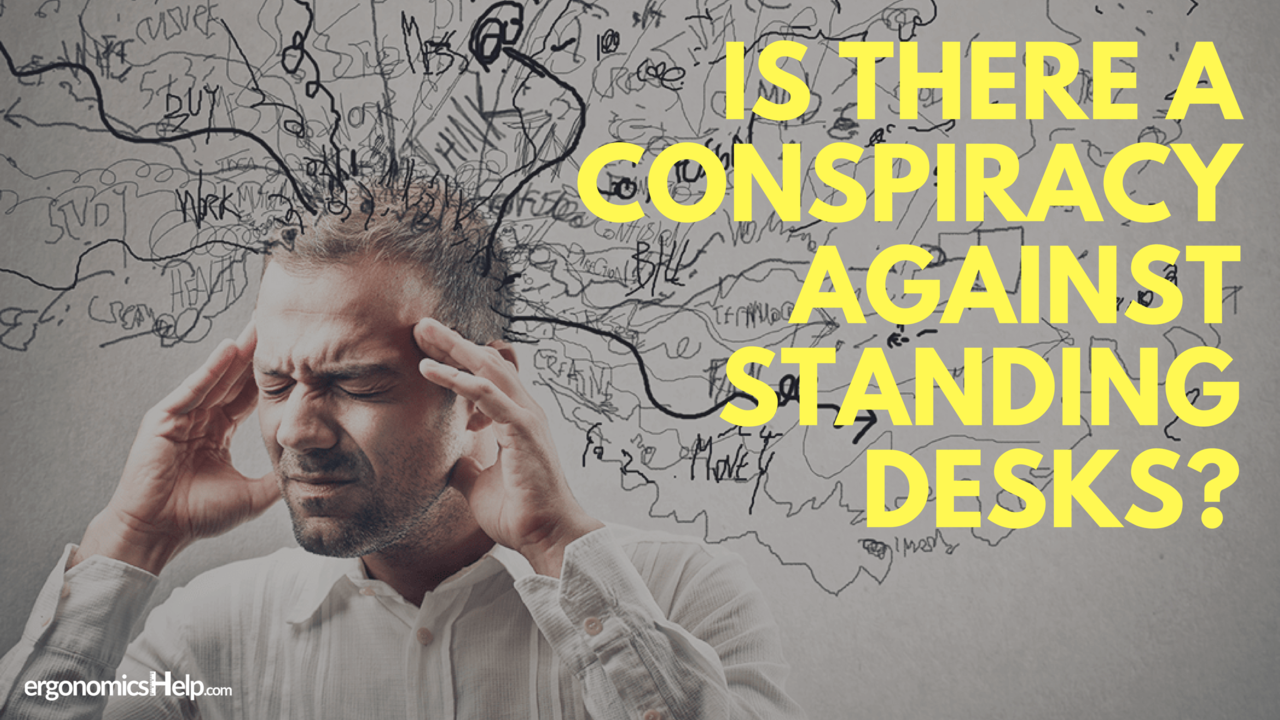 You almost hear it daily now. News articles reporting the LATEST evidence that standing desks aren’t as awesome as we are led to believe.. even worse that they can cause injury, make us LESS productive, and just overall plainly SUCK (and we are fools to have bought one in the first place). Whether it’s that they don’t burn as many calories as they claim or that they are putting too much strain on your joints – it’s not that these facts are entirely wrong, it’s that ONLY the negative aspects of standing desks seem to be reported on and shared the most.

But at the same time, we know this to be true too:

Prolonged and uninterrupted sedentary behaviours are at a higher risk for adverse health outcomes including obesity, diabetes, cardiovascular disease, and premature mortality.

Hmmmm. If prolonged sitting is so ‘bad’ for us why aren’t we focussing more on useful information (like acceptable guidelines) for standing desks?

I did a little research, and a conspiracy theory is a ‘belief that some covert but influential organization is responsible for a circumstance or event’.

So, let’s take a deeper dive into this to see how it relates to the use of standing desks.

Let’s Look At The Facts About This…

When I do a quick ‘google news search’ of standing desks, here are the results that I see:

WOW! The negativity is almost palpable!

That is just a glimpse of the articles available. You can do the search for yourself if you don’t believe me.

I have personally seen enough of these articles over the past couple of years to believe that there is a consorted effort to bring down standing desks. Heck, it’s even fair to say that the media is cutting standing desks off at the legs (pun intended)… before there is even a chance for useful advice to circulate and get to the people who actually would benefit from it!

Here’s a bit of a funny analogy to think about how standing desks could and should be used. In the best case scenario they should be used just like how you’d wear high heels (I think you can see where I’m going with this). High heels are best suited for certain occasions and NOT to be used all the time.

Would you wear high heel shoes for that fancy dinner? Sure.

For work? Why not.

To exercise? Ummm no.

How about to do chores? That’s the most ridiculous thing I’ve ever heard (is what you should be saying to yourself).

So we’re on the same page that certain equipment (like high heels) are best suited for certain situations. Heck even if you wear your heels for too long in a day or if the heel is just a little too high, you will feel sore the next day. You might even have bruising on your feet, cuts, or actually even sprain an ankle (been there done that).

Just like any tool or equipment, high heel shoes are best used within their guidelines. You’d be insane to wear heels to exercise in — there is just too much risk of pain and injury. Similarly you’d be setting yourself up for long-term pain if you choose to use your standing desk all day. Let’s look how to put this into practice.

Side note: I like to think of a sit-to-stand desk like a Swiss Army Knife for the office – it has the adjustability to fit you ergonomically if you are sitting or standing.

There is no denying the research that has found an extremely high level of reported satisfaction with standing desks (specifically sit-to-stand desks). These research findings are balanced with the notion that to be truly effective equal amounts of education and coaching are required with standing desks. Things like starting slow and gradually increasing standing time as well as useful ‘standing’ guidelines seem to be missing when it comes to the media reporting on standing desks.

‘Standing’ guidelines are straightforward and easy to talk about and implement. But the fact is the majority of media articles are simply not reporting these (cue the conspiracy theory again).

Here are 4 guidelines that everyone who uses a standing desk needs to know: 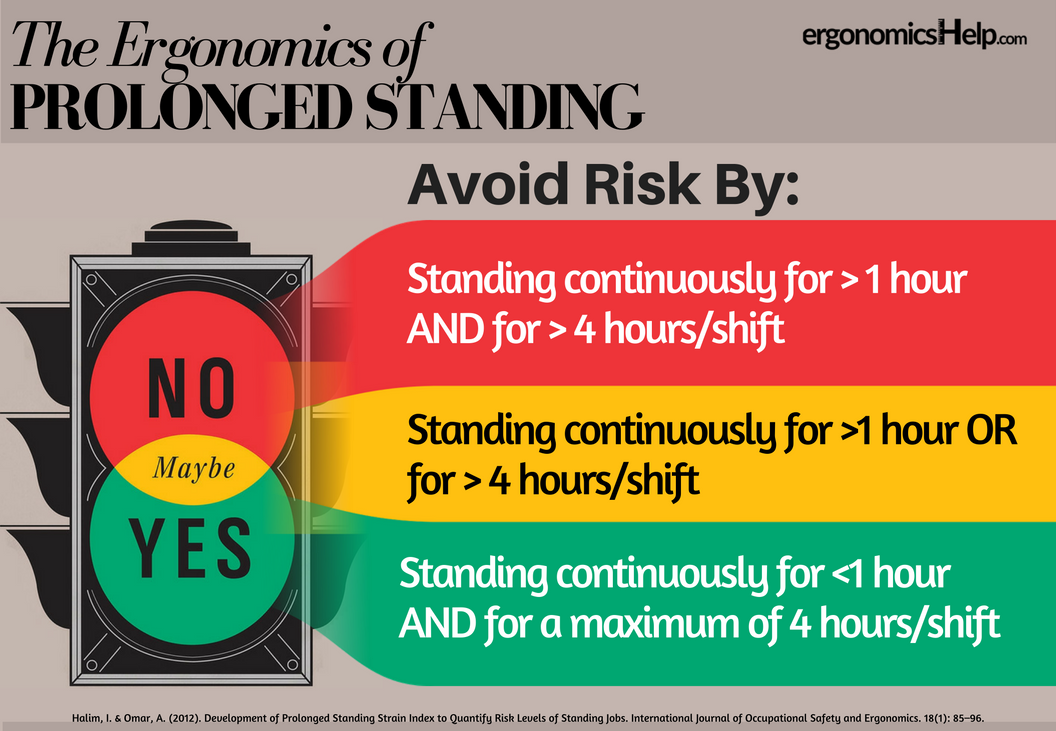 Instead of discouraging the use of standing desks, the media should really be providing an unbiased view on them. We already know that they are great at reporting on the risks associated with them. It’s now time for useful information how they should be used optimally to be shared.

If you haven’t guessed I’m a firm supporter of the responsible use of standing desks. Even better, as I mentioned above, would be sit-stand desks that act like a Swiss-Army knife and let you work productively while you are sitting or standing. From my experience most people who have ‘standing’ desks also have a function to lower them into a sitting desk. Otherwise there should be a seated desk available (like a hot desk) for all who stand to work, allowing them to be productive in their ‘downtime’.

getting started with ergonomics

how to sell and market ergonomics

Stay connected with news and updates! 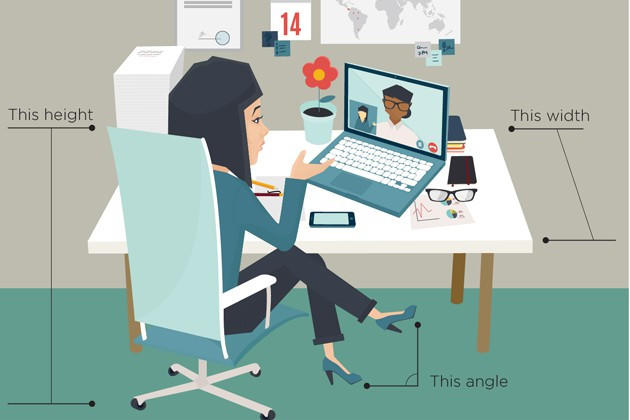 Is Now The Right Time?

Take this 2-Minute Quiz and find out if office ergonomic assessments are RIGHT for you based on your goals, background, and where you're at in your career. 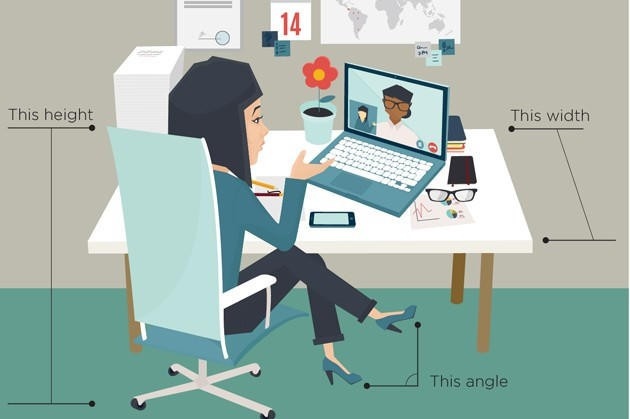 WAIT! Is Now The Right Time?

Take this 2-Minute Quiz and find out if office ergonomic assessments are RIGHT for you based on your goals, background, and where you're at in your career.

Just enter your details below to get started! Not only will you get this TIME-SAVING Quiz, I'll also send you updates from the blog, ergonomics tips & webinars that I think you'll love. I DON'T spam so I'll only send you quality info.